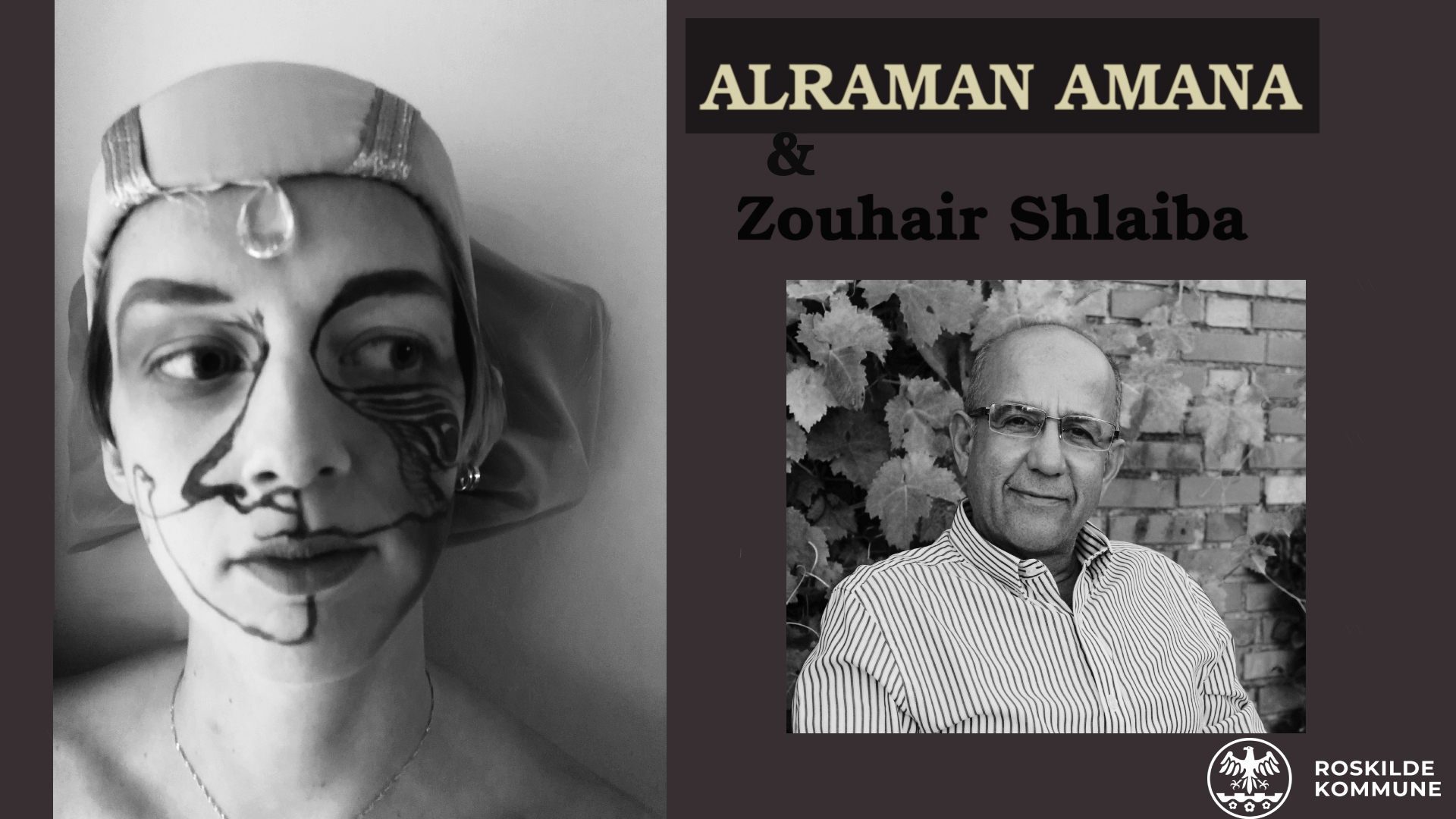 Alraman Amana is a concert performance with the Swedish composer, singer and performance artist Agnes Kofoed Christianson exploring her experimental compositions sound and narrative together with musicians within the field of improvisation combined with Arabic music.

The concert will be performed by Agnes Kofoed Christianson, Jesper Nordberg the experimental double bass player who work with influences from East Europe from Malmö (SE) and clarinetist Matthías Ingiberg Sigurðsson from Reykjavik (IS) with close connection to the scene in Copenhagen and Amsterdam with background in classical and electronic music.

Danish poems will be narrated both in Danish and Arabic by Zouhair Shlaiba in an interactive audience performance.
The Roskilde based author, translator and narrator Zouhair Shlaiba will be a part of the program during the evening through Danish poems in Arabic and connect to the concert through multilingualism through literature.
The project turns around crossing cultural borders through contemporary music combined with Arabic music and multilingualism through literature.

Agnes Kofoed Christianson/
Experimental composer who works with written music such as improvisational music where she includes her connection and experience of Arabic music in her performances.
She is investigating experimental arrangements, microtonal recordings and her own-made languages which she performs in different constellations of improvisational instrumentalists, chamber ensembles and in theatre performances. As a singer she is focused on Arabic music and works regularly with collaborations in Cairo, Egypt. Studied at Rhythmic Music Conservatory in Copenhagen.
She was rewarded with Young Swedish Composer 2021.

Zouhair Shlaiba/
Roskilde based author and lecturer from Iraq who has a long experience in the Danish literature scene and cultural cross-collaborations.
He has released multiple novels through his career and is working focused on the mix between the Arabic and Danish language which he performs both in his own profession as an author and in collaborations as narrator and translator.
Zouhair has recurrent collaboration with the Danish poet Benny Andersen whoms poems have been translated to Arabic and released.
Educated in Bagdad, Iraq and Moscow, Russia.